[From the published Summary:] This letter (or essay–letter) has come to occupy a marginal yet important place in Beckford research. Boyd Alexander saw it as he saw most other Beckford manuscripts; as a reflection of the Beckford biography. His extracts from the letter (published in his 1962 monograph, where he misleadingly named it »Fonthill Foreshadowed») emphasized its architectural content, and he noted the extraordinary similarities between the projected buildings in the letter, and the subsequent ’real’ buildings at Fonthill, Wilts.
My purpose has been to present a hitherto unpublished text by Beckford; a letter that by way of its unique synthesis of Enlightenment and Romanticism accurately defines the gradual transition between the two eras. At the same time the letter constitutes an unusually clear example of Beckford’s early letter–prose.
The text of the manuscript itself should be fairly self–explanatory. I follow mainly the second of the two manuscript versions (the fair copy in the hand of an amanuensis, with corrections in Beckford’s own hand). Beckford’s footnotes (in the MS. beautifully marked with various graphic characters) have not been retained in this online edition but may be consulted in the pdf-version of the entire publication, alongside textual variants and explanatory remarks.
The original pagination of the MS. has been retained within square brackets; everything else within square brackets are editorial comments and should not be confused with Beckford’s own text.
I have retained the idiosyncratic spelling of the MS., and have at least consciously changed very little of the punctuation. I have, however, corrected ’double words,’ such as »In In». Uncertain readings of words are marked by »[?]» following immediately upon a word; illegible words are marked in the same way, but the square brackets are in that case not connected to the preceding word.
I wish to express my gratitude to the Bodleian Library for their kind permission to publish the manuscript.

How can I describe the transport of pleasure with which I seized your Letter tore it open and read its inspired effusions — Now, now, I revoke all the complaints I made but a few hours ago of your neglect and disdain myself for harbo’ring such a notion I see you reflect my ideas as clearly as the Lake its shores, I see you intirely comprehend my whole train of ideas and sensations: I might at present write my fancies in mystic signs with the certainty of their not being concealed.
Full of your Letter I ascended yesterday a peaked Mountain; the path was rough and embarrassed, the way tedious and long but I was wrapt up in those Phantasies which are wont to haunt us and scarce was I awakened from them before I found myself standing on its summit The Sun was hid in clouds and but partially cast its gleams on the ancient Forests which appeared one mass of luxuriant Foliage extending from the base of the Hill to the agitated Lake [2] The air was cool: I sat peacefully down on the Turf the Peasant who had conducted me laid a Basket of Figs by my side with some bread from the Hamlet embossomed in the woods below and filled my Nautilus with the pure fresh water of the spring that bubbled by. The tints of the Landscape around were soft and melancholy, the forests darkly shaded the Cliffs, no longer glowing. The distant shore of the Lake many leagues off alone enjoyed the brightest sunshine, whilst the vast chain of Alps behind were veiled with a purple darkness A sound like Thunder from afar off rolled along them, the voice perhaps of a mighty Angel on some high mysterious errand visiting the Mountains. A moment of perfect stillness succeeded during which, reclined on the brow of the Mountain, I observed the shadows of the Clouds moving over the green slopes and the extensive plain beneath.
It was in this situation I read your Letter again. Yes there are Mountains in England to which we may resort and Woods as lovely as those I beheld from the Peak there are Rivers more limpid than those which flow from the Alps, on whose green Margin we may walk at midnight and trace the melancholy wanderings of the Moon.
[3] Yes the time will arrive when we may abstract ourselves at least One hundred Days from the World
I know many a little Hillock of the smoothest greenswerd and many a rocky seat shaded with woodbines where we will rest in the cool of day, recapitulate all that has befallen us, read our wild poesies and mutually admire those of Spencer and Ariosto — In these my native wildernesses is a Cave dark as the grot of a Sybil and shadowed by a mysterious Elm

[4] In this recess we will hide ourselves in the meridian heats and call before us Moisasour and Nouronihar: there we will talk of the Labyrinths of the sage Locman, explore the antiquities of Egypt and say much of Sesostris and much of those Heroes and Sages famous when the Deluge was yet fresh in the memory of Man.
When every object is rendered more interesting by the setting Sun we will saunter to a hazel copse I have often frequented, that extends along a sloping Hill and contemplating the placid Waters and the steeps of wood which surround them, inbibe the rustic ideas of the Scene that looks the resort of Fawns and Woodnymphs and will remind us of Virgil’s pastorals and a long train of classical imaginations, the dreams of antient Poets, consecrated by the veneration of Ages.
Sometimes, when our minds are exalted by the sublime reveries of philosophy we will ascend a lofty Hill which till lately was a Mountain in my eyes. There I hope to erect a Tower dedicated to meditation on whose summit we will take our station and survey the vast range of countries beneath extending to the very sands of the Ocean that blends with the azure of the Sky. At midnight when the [5] planets roll brightest, and universal stilness prevails we will recline on stately couches placed on the roof of our Tower and our eyes shall wander amongst the stars. We will then hazard our conjectures of their destination and audaciously wing towards them our imaginary flight. Shall we not deem them like Milton 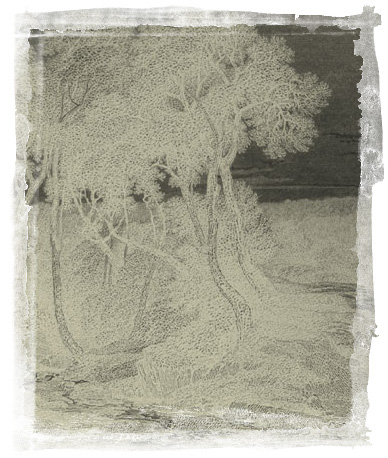