BECKFORD, WILLIAM (1760—1844), English author, son of Alderman William Beckford (1709—1770), was born on the 1st of October 1760. His father was lord mayor of London in 1762 and again in 1769; he was a famous supporter of John Wilkes, and on his monument in the Guildhall were afterwards inscribed the words of his manly and outspoken reproof to George III. on the occasion of the City of London address to the king in 1770. At the age of eleven young Beckford inherited a princely fortune from his father. He married Lady Margaret Gordon in 1783, and spent his brief married life in Switzerland. After his wife’s death (1786) he travelled in Spain and Portugal, and wrote his Portuguese Letters (published 1834, 1835), which rank with his best work. He afterwards returned to England, and after selling his old house, Fonthill Abbey, Wiltshire, began to build a magnificent residence there, on which he expended in about eighteen years the sum of £273,000. His eccentricities, together with the strict seclusion in which he lived, gave rise te scandal, probably unjustified. In 1822 he sold his house, together with its splendid library and pictures, to John Farquhar, and soon after one of the towers, 260 ft. high, fell, destroying part of the villa in the ruins. Beckford erected another lofty structure on Lansdowne Hill, near Bath, where he continued to reside till his death in 1844. His first work, Biographical Memoirs of Extraordinary Painters (1780) was a slight, sarcastic jeu d’esprit. In 1782 he wrote in French his oriental romance, The History of the Caliph Vatlick, which appeared in English, translated by the Rev. Samuel Henley, in 1786 and has taken its place as one of the finest productions of luxuriant imagination.
Beckford’s wealth and large expenditure, his position as a collector and patron of letters (he bought Gibbon’s library at Lausanne), his literary industry, and his reputation as author of Vathek, make him an interesting figure in literary history. He had a seat in parliament from 1784 to 1793, and again from 1806 to 1820. He left two daughters, the eldest of whom was married to the 10th duke of Hamilton.

Cyrus Redding’s Memoir (1859) is the only full biography, but prolix; see Dr R. Garnett’s introduction to his edition of Vathek (1893).

William Beckford, 1760-1844: eccentric English dilettante, author of the Gothic novel Vathek (1786). Such writers as George Gordon, Lord Byron, and Stéphane Mallarmé acknowledged his genius. He also is renowned for having built Fonthill Abbey, the most sensational building of the English Gothic revival. Beckford was the only legitimate son of William Beckford the Elder, twice lord mayor of London, and was the heir to a vast fortune accumulated by three generations of his Beckford ancestors, who were sugar planters in Jamaica. His mother was descended from Mary Stuart. He was a precocious child, and his natural talents were given every encouragement. At five he received piano lessons from the nine-year-old W.A. Mozart. He also received training in architecture and drawing from prominent teachers. He inherited his fortune in 1770, upon the death of his father. In 1778, after a period of travel and study in Europe, Beckford returned to England, where he later met the 11-year-old son and heir of Viscount Courtenay, a boy for whom Beckford felt strong romantic (but probably not sexual) attraction. Following a lavish three-day Christmas party held in the boy's honour at Fonthill, Beckford conceived the story of the caliph Vathek, a monarch as impious as he is voluptuous, who builds a tower so high that from it he can survey all the kingdoms of the world. Vathek challenges Mohammed in the seventh heaven and so brings about his own damnation and his banishment to the subterranean kingdom ruled by Eblis, prince of darkness. Completed in outline in three days and two nights, the tale was written in French during the first four months of 1782, in all the gaiety of a London society greeting the inheritor of a fortune. A protégé of Lord Chancellor Thurlow, with a seat in the House of Commons, and married to the beautiful Lady Margaret Gordon, Beckford was expecting to be elevated to the peerage in December 1784. In the autumn of that year, scandal broke when he was charged with sexual misconduct with young Courtenay. Reports of the scandal were quickly spread, and, though Beckford's guilt was never proved, in mid-1785 he, with his wife and baby daughter, was forced into exile. In May 1786, in Switzerland, his wife died of puerperal fever after giving birth to a second daughter. About that time, Beckford also learned that Vathek, which he had given to the Reverend Samuel Henley for translation, would be published anonymously, with a preface in which Henley claimed that had been taken directly from the Arabic. Beckford remained abroad for many years. From 1796, after his return to England, he devoted his energies to his Gothic "abbey" at Fonthill. His architect was James Wyatt, but Beckford himself supervised the planning and building of what became the most extraordinary house in England. He lived there as a recluse, collecting curios, costly furnishings and works of art and reading the library of Edward Gibbon, which he had purchased in its entirety. In 1807 the house's great central tower collapsed and was rebuilt. Beckford's extravagances forced him to sell his estate in 1822. The tower later collapsed again, destroying part of the building. Beckford's literary reputation rests solely on Vathek. Though all agree that it is uneven and stylistically uncertain, the strength of its final image has sustained Beckford's reputation for more than two centuries. A classic among Gothic novels, the book is a masterpiece of fantastic invention and bizarre detail. Among Beckford's other published works are accounts of his travels, two parodies of Gothic and sentimental novels, and a journal, Life at Fonthill, 1807-22. 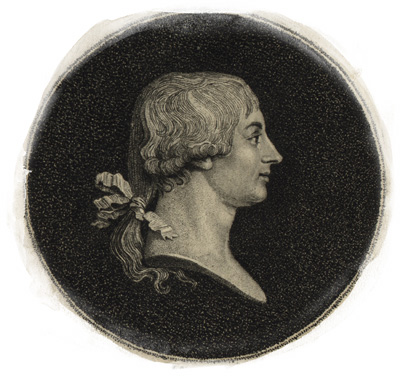