MAY 2, at his residence, Lansdown crescent, WILLIAM BECKFORD, esq., aged 84. This distinguished man was the son of Alderman William Beckford, who was twice elected Lord Mayor of London, and grandson of Col. Peter Beckford, Lieut.-Governor and Commander-in Chief in the island of Jamaica. Mr. Beckford, on May 5th, 1783, married Lady Margaret Gordon, sole surviving daughter of Charles, 4th Earl of Aboyne, and had issue – Margaret Maria Elizabeth (who, in May, 1811, married Lieut.-General, then Colonel, Jas. Orde, and who died in 1818, leaving two daughters) and Susanna Euphemia, who, on the 26th of April, 1810, married Alexander, Duke of Hamilton, Brandon, and Chatelherault, by whom his Grace had one son and one daughter, viz., William Alexander Anthony Archibald, Marquis of Douglas and Clyesdale (who recently married the Princess Mary of Baden), and Susan Catherine Harriet, who, in November, 1832, married the Earl of Lincoln, son and heir of the Duke of Newcastle. Mr. Beckford, at an early period of his life, was returned to Parliament for Wells, and afterwards for the borough of Hindon several times; but for more than 40 years he has relinquished Parliamentary honours and other public duties, devoting himself to retirement, but not unprofitably. His highly cultivated and ever active mind to the latest period of life directed his splendid fortune to the encouragement of literature and the arts. In this respect the whole nation has felt the influence of his judgment, and genius has been fostered by his encouragement and rewarded by his patronage and the sanction of his approval. His literary productions are few, but of the highest character for classical elegance of diction, for truth of feeling, scope of observance, and power of invention. The production by which he is best known as an author, ”Vathek,” was written originally in French, and ranks, in both countries, among the highest of the standard works. Mr. Beckford was formerly reputed to be the richest commoner in England, and upon the first institution of the Income-Tax we believe his return proved that he was so. Mr. Beckford’s collections of pictures, books, illuminated manuscripts, statuary, and sculptured gems, were selected with infinite taste and judgment, and, it is needless to add, at an immense cost. His learning was profound, but never used for display: in giving an opinion he had the courtesy to convey his own sentiment in terms which made the listener regard them as opinions perfectly developed and conclusive. All who ever had the happiness of occasionally conversing with him remember it as a great and happy privilege; for it was impossible to do so, even upon ordinary occasions, without feeling the charm of highly-polished manners, and consummate knowledge and good taste. Without ostentation, he was charitable; and he liberally assisted in forwarding all public improvements, especially in this city. The Duchess of Hamilton is understood to be the sole legatee of his property, and her Grace, we believe, has fixed upon Salisbury Cathedral for the sepulture of her beloved father’s remains, he having recently attended Divine service in that most beautiful Christian edifice, of which, it is well known, he was always a very ardent admirer, and expressed himself much pleased on the occasion. Mr. Beckford was, for his great age, wonderfully active; he took daily exercise on foot and horseback until within a few days of his lamented death: few men, for the long period of 84 years, have been blessed with such uninterrupted health, or have maintained until so late a period of life such vigorous energy and intellectual power. 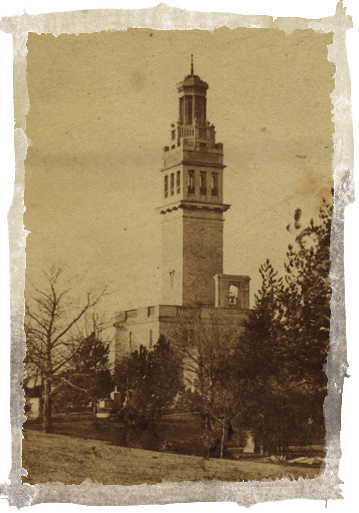